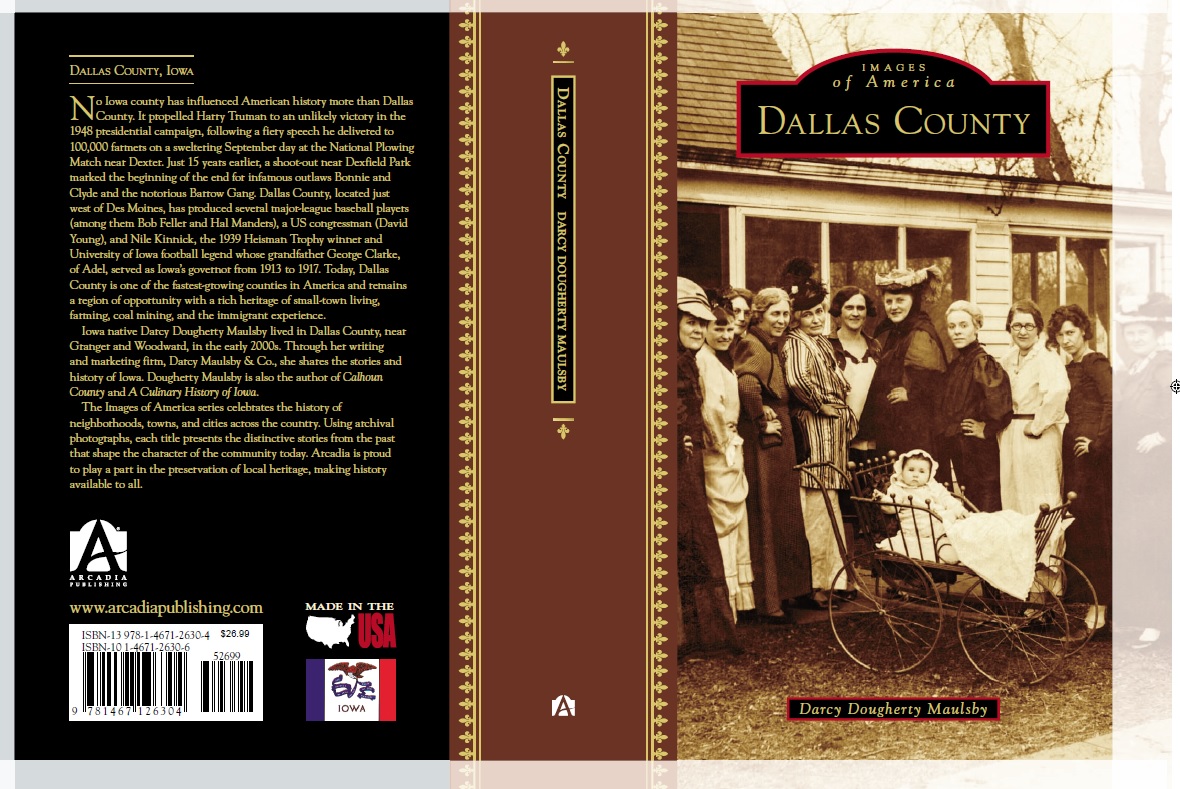 No Iowa county has influenced American history more than Dallas County. It propelled Harry Truman to an unlikely victory in the 1948 presidential campaign, following a fiery speech he delivered to 100,000 farmers on a sweltering September day at the National Plowing Match near Dexter. Just 15 years earlier, a shoot-out near Dexfield Park marked the beginning of the end for infamous outlaws Bonnie and Clyde and the notorious Barrow gang.

Dallas County, located just west of Des Moines, is a study in contrasts, from its key role on the Underground Railroad in the 1850s to the revival of the KKK in the 1920s. Dallas County has also produced several Major League Baseball players (including cousins Bob Feller and Hal Manders), a US congressman (David Young), and Nile Kinnick, the 1939 Heisman Trophy winner and University of Iowa football legend whose grandfather, George Clarke of Adel, served as Iowa’s governor from 1913 to 1917.

I’m very excited to announce that “Dallas County,” my third Iowa history book, will be released by Arcadia Publishing on Sept. 4, 2017! This will also be one of the publisher’s first books to be available in a hard cover version for $26.99. Want to know the story behind the cover? These dynamic ladies of the Van Meter Matrons Club (founded in 1909) socialized while improving their knowledge of Iowa heritage and current events. When the group celebrated its 50th anniversary in 1959-1960, historian Hazel Lauterbach said the group “helped me be a better homemaker, citizen, and community member and has taught me the true meaning of teamwork.”

Discover the fascinating stories of Dallas County, which is one of the fastest-growing counties in America and remains a region of opportunity with a rich heritage of small-town living, farming, coal mining, and the immigrant experience.